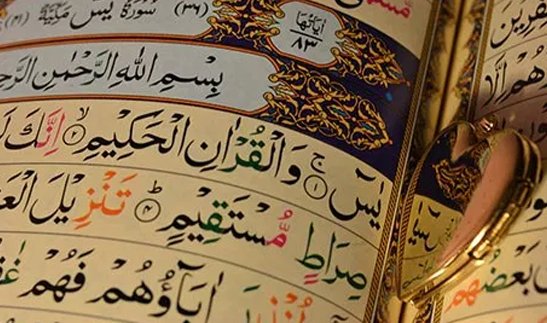 At the time of revelation, Tajweed rules were applied to the Quran. We can also say that when the angel Jibreel(AS) recited the words of Allah to the Prophet Muhammad (ﷺ) he recited them in a certain way and he showed Muhammad(ﷺ) the right ways in which it was permissible to recite the Quran. In other words, Tajweed is present from the first day of the Quran revelation. Now, it is upon us to observe those rules so that we recite it in the way it was revealed. If you want to be proficient in the Quran recitation then you can learn Quran online with Tajweed through our classes.

Linguistically, this word means ‘proficiency’ or ‘doing something well. Tajweed is applied when we recite the Quran and observe the rules that apply to those letters in different situations. By observing the essential characteristics of each letter, you give the letters their rights that never leave it when you learn Quran with Tajweed.

Why do we need to learn Tajweed?

There was no need to study Tajweed for people at the time of the Prophet (ﷺ) because they talked with what is now known as Tajweed. Mistakes in Quran recitation started appearing when the Arabs started mixing with the non-Arabs as Islam spread, so the scholars had to record the rules. From the Classical Arabic with which the Quran was revealed, the everyday Arabic that Arabs speak has changed so much, now even Arabs have to study Tajweed. That’s why those people who want to learn Quran online, have to learn the Tajweed rules first.

The purpose of Tajweed:

Every syllable of the Quran is the word of Allah. Its recitation must be taken very seriously. So, when you learn Quranic Arabic online with us, you can recite the Quran upon the way of the Prophet(ﷺ). Thus, the reader will follow our Prophet(ﷺ)as he received it from Jibreel who received it from Allah (SWT) in the Classical Arabic dialect that it came down in. An important part of Tajweed is knowing the Makhraj and Sifaat of each letter, which will be taught when you learn Quran with Tajweed. Having very similar exits, sometimes, two letters that make mixing them up easy. Hence, a person will change the meaning of the words in the Quran recitation if he does not know the attributes of each letter. Therefore, when you learn to read Quran online, you will observe the rules of Tajweed in recitation that will protect you from making mistakes in reciting the Quran.

1 thought on “QURAN WITH TAJWEED”